SIDS is officially defined as the sudden death of an infant under one year of age which remains unexplained after a thorough case investigation, including performance of a complete autopsy, examination of the death scene, and review of the clinical history (Willinger et al, 1991).

The incidence of cases classified as SIDS by the National Center for Health Statistics has fallen since 1980. From 1980 to 2018 the rate fell by 77%. Most of this decrease occurred during the last decade of the previous century, the decade following the US Back to Sleep campaign, with a decrease of over 50% (see Figure 1). Trends in Sudden Unexpected Infant Death (SUID) by cause (SIDS, accidental suffocation and strangulation in bed, unknown) are shown in Figure 2.

The rate (number per live births) and the actual number of infants classified as SIDS have fallen all over the world in the last 40 years. Most of this decrease occurred during the 1990s with the emphasis on back sleep. 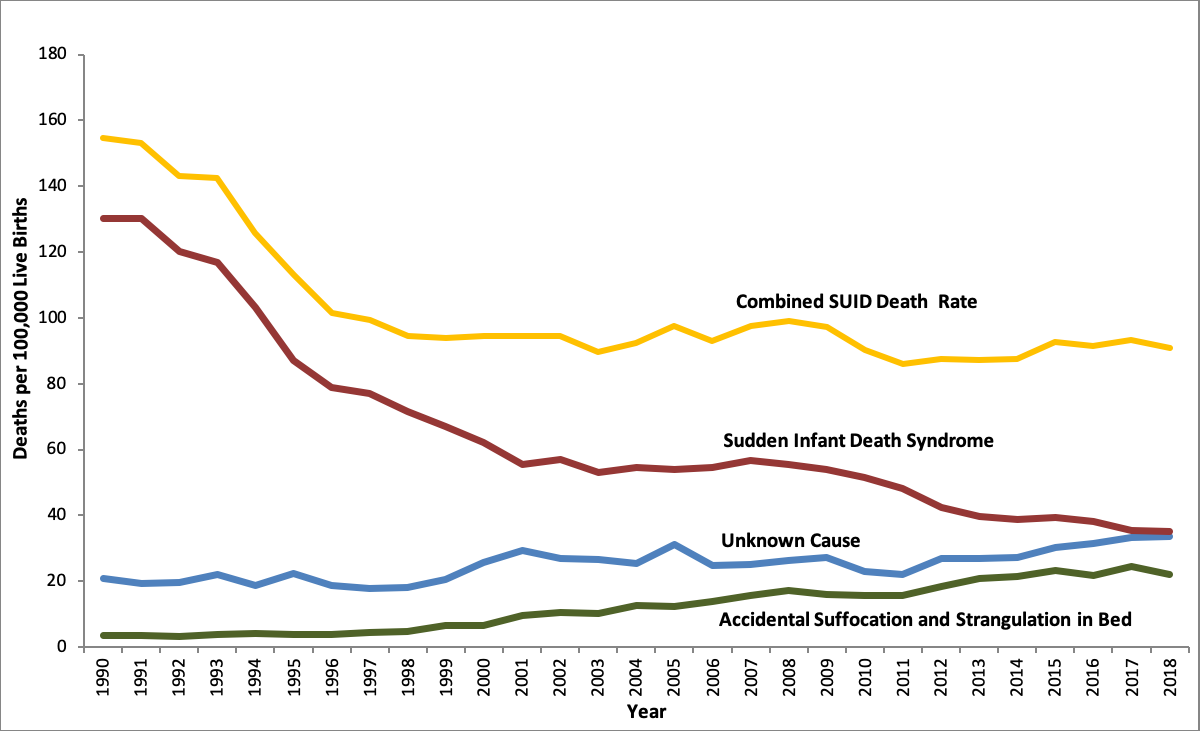 In the early 2000s the rates of sudden infant death syndrome (SIDS) started to level off. However, deaths classified as accidental suffocation and strangulation in bed (ASSB) increased.